Not a member? Join here 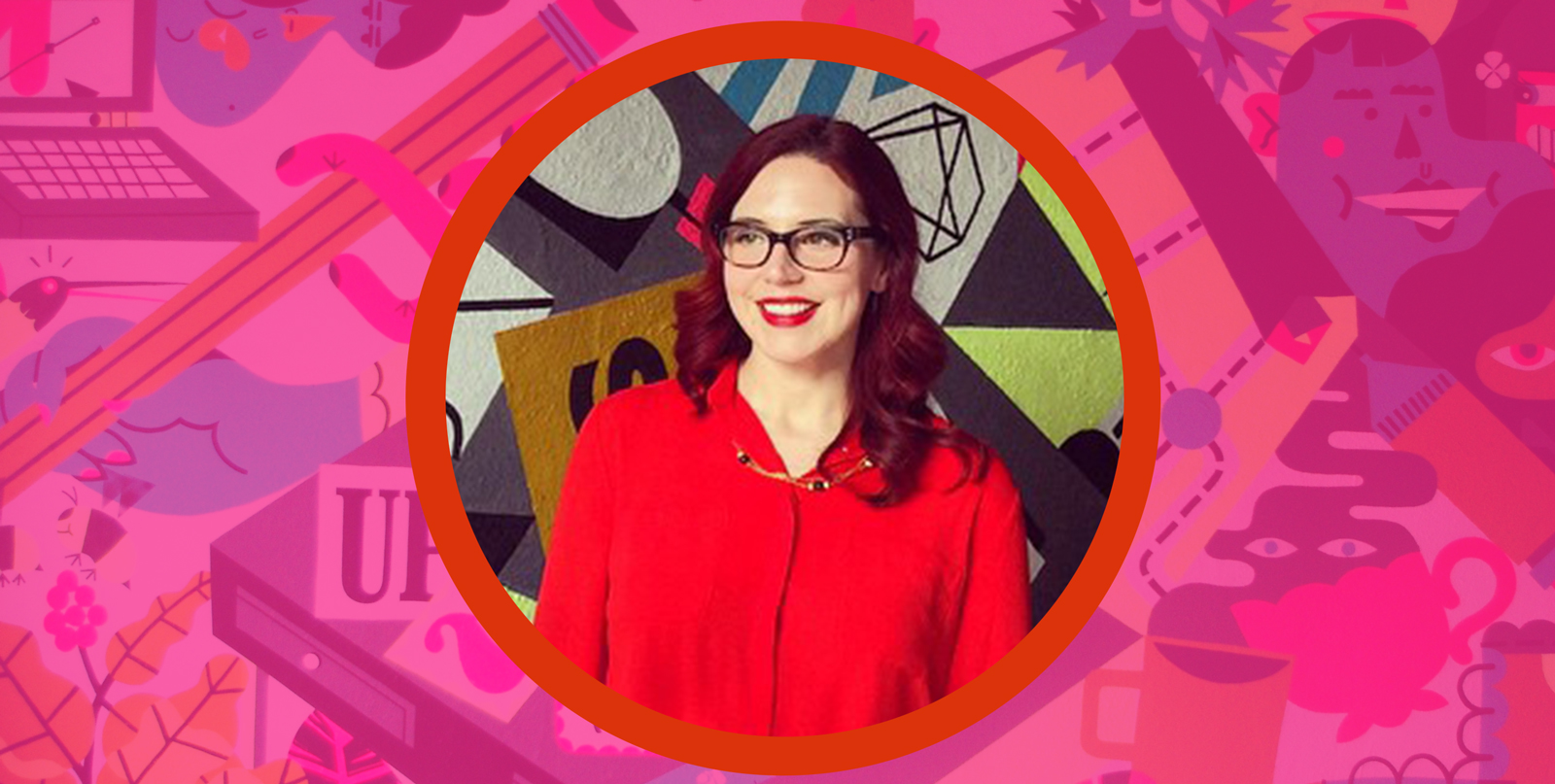 All of that is to stay that, for me, it’s always been about using technology to connect with people.

I think a lot about what people refer to as “real-life” vs. online, because what happens online is real. It’s different than being in person, but it’s still real. I’ve met dear friends online—some of whom I still have never met in “real life”—people who used to read my blog and then we stayed connected via Twitter and then Facebook and then Instagram. It’s possible to get to know someone online who’s different, but no less real, than getting to know them online. The early days of blogging felt like having pen pals around the world; you got to know someone through their writing and their thoughts, largely divorced from photos of them or what their “real” life looked like.

The only book I’ve read so far that truly captures the kind of connection I’m trying to describe is Ready Player One. It beautifully illustrates how relationships can develop online without the baggage that real life can bring — of skin color or beauty or gender or body type. That difference is fascinating to me, and online platforms—in many of their forms—facilitate these connections in really interesting ways.

Of course, in other forms, an ugly flipside quickly emerges: a web that is about enhancing real-life baggage: feeling like we have to Photoshop our faces, edit ourselves, curate our lives.

But the spark for me has always been about the ability to connect with other people in an authentic way. It’s still possible, but it requires a little more bravery and a little less editing.

How does the work you do—at Clockwork or elsewhere—break down barriers to build better connected communities?

On a personal level, I think I’m just a natural connector. One of the things I enjoy most is introducing people to each other. I love throwing parties or having events where I can bring people together or simply putting two people in touch who might be of help to each other.

At Clockwork and with the various nonprofit boards I serve on (GiveMN, Bollywood Dance Scene, and Still Kickin’), I try to help move ideas forward, help people achieve their goals, and make the work better. Getting an idea from concept to reality requires a strong network, positive communication, and a willingness to collaborate. Those are skills that I intentionally cultivate in myself and try to foster in others.

I’m lucky to have opportunities to meet people—from interns to professionals changing careers—and give them access to our space and the industry. Tech has a well-documented diversity problem—in gender, in race, and in age—and there are many theories about why and what to do about it. I’m doing what I can to change that. I’m trying to invite more people in, connect them with others, and make them feel welcome.

It’s hard to be the only one, to be “other” in an unfamiliar space. I do what I can to help alleviate that. Part of creating a community is about sharing what you’re doing, inviting others into it, helping them understand it, encouraging them to persist when being “other” feels tiresome. That might mean having a coffee with a woman interested in learning to code, or hosting a youth internship program, or just being a listening ear for someone who is curious or struggling or needs help getting their foot in the door. For me, fostering connections is important and I’m always happy to be an evangelist. I love technology and I love people. Bringing them together brings me joy.

I try not to take myself too seriously, but I do take my position seriously. I worked hard to get where I am, but the whole point of getting to a leadership position—in a company, industry, or community—is to pull the next one up.
It’s not just about getting over the barriers to where I want to go, it’s also about knocking them down so they don’t get in the next person’s way.
I really hope that, in some small way, I am doing that. 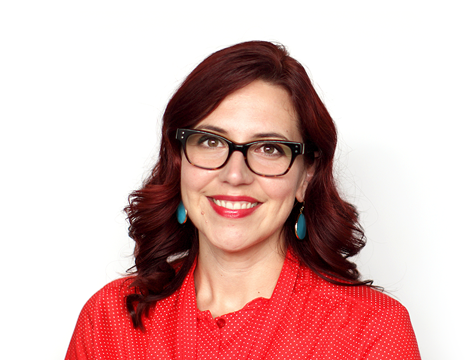 Invisibility Is Not A Superpower
Anna Tsantir, Two Bettys Founder + CEO
Posted By Anna Tsantir
When a job application is a call to action
Posted By Samir Knego
Dismantling Inequitable Hiring Practices One Job Post at a Time
Three Minnesota nonprofits advocate for wage transparency
Posted By Pollen

We see that you're using Internet Explorer. Unfortunately, our site isn't going to look very good in IE. Click Get Chrome to check out Google Chrome and get a better internet experience.
Terms And Conditions

Thanks for visiting www.pollenmidwest.org (the “Site”), which is owned and operated by Pollen Midwest. These Terms of Service (“Terms”) govern your use of the Site. Please read them carefully.

2. Terms of Service Updates. Pollen may modify these Terms of Service at any time by posting updates here.  Your continued use of the Site after any modification constitutes your acceptance of the updated Terms. Please check back often.

3. Third-Party Sites and Services. The Site may contain links to third party websites or resources. Such links do not constitute any endorsement of information, products or services that may be found there. We are not responsible for the content or performance of any third party site. Use of third party sites and resources is at your own risk and subject to the terms of service of those sites and services.

4. Appropriate Use. In exchange for the right to access and use the Site, you agree to the following:

A. Not to use the Site in any illegal manner or for any illegal purpose or in any manner that could damage, disable or impair the Site;

B. Not to alter or modify any content on the Site without the express written permission of Pollen;

D. Not to use the site to harass or intimidate any person.

5. Ownership of Pollen Materials. The names Pollen and Pollen Midwest, our logos, designs, text, graphics, pictures and all other content on the site (collectively “Content”) is the property of Pollen Midwest or the individuals who created it. It is protected under U.S. and international copyright and trademark law. We grant you the right, subject to these Terms of Service, to view, use, share and link to Content. Please do not alter, print or sell Content without or express written permission. If you do, we may pursue legal action against you.

6. Disclaimer or Warranties. Pollen makes no representation or warranty about the completeness, accuracy, or adequacy of any information, facts, opinions, statements or recommendations contained on the Site.

The Site may be unavailable from time to time due to maintenance or malfunction of computer equipment or for various other reasons. We assume no responsibility or liability for malfunctions or other problems with any hosting services, computer systems, servers or providers, equipment or software used in connection with the Site.

Pollen cannot guarantee that any content, including user submitted content, will be maintained on the site or in any archive. You agree that Pollen has no responsibility or liability for the deletion of, or the failure to store, any submitted content. We retain the right to create limits on use and storage at our sole discretion, at any time, with or without notice.

Pollen is not responsible for any damage resulting from any such security breach, or from any virus, bugs, tampering, unauthorized intervention, fraud, error, omission, interruption, deletion, defect, delay in operation or transmission, computer line failure or any other technical or other malfunction. Users should also be aware that transmissions via wireless connections, networks, or the Internet may not be secure, and you should consider this before submitting any information to anyone using such systems.

YOU EXPRESSLY AGREE THAT:

YOUR USE OF THE SITE IS AT YOUR OWN RISK. THE SITE IS PROVIDED ON AN “AS IS” BASIS. POLLEN EXPRESSLY DISCLAIMS ALL WARRANTIES OF ANY KIND, WHETHER EXPRESS OR IMPLIED.

7. Governing Law. The Terms of Service are governed by the laws of the State of Minnesota and the United States of America.

8. Termination. If you violate any of the Terms of Service, we have the right to suspend or disable your access to or use of Pollen.

9. Entire Agreement. These Terms of Service constitute the entire agreement between you and Pollen Midwest, Inc. regarding the use of the Site and supersede any prior agreements.

B.  Payment information, such as credit card number and expiration date;

C.  Correspondence and other information that you send to us; and

D.  Additional information described to you at the point of collection and subject to your consent.

We may also collect the following information automatically when you visit the Services:

A.  Your browser type and operating system;

B.  Your Internet Protocol (IP) address.

2.  Use of Information. We may use information that we collect through the Services for the following purposes:

A. To conduct demographic analysis on our users;

B. To provide information you request and respond to correspondence that we receive from you;

C. To customize and personalize your use of the Services;

D. Contact you with surveys, legal notices, and other information that may be relevant to your use of the Services;

E. As otherwise described to you at the point of collection and subject to your consent.

A. In order to protect the legal rights, safety, and security of Pollen Midwest;

C. To comply with or respond to law enforcement or legal process or a request for cooperation by a government or other entity, whether or not legally required.

We may also disclose certain aggregate website usage and demographic information that does not describe or identify individual users.

4.  Data Security We have procedures in place to help protect against theft, loss, misuse, unauthorized access, disclosure or destruction of the information you provide to us. No data transmission or storage is 100% secure. Therefore, we cannot guarantee or warrant the security of any information you transmit or disclose to us and cannot be responsible for the theft, destruction, or inadvertent disclosure of your information. In the event of a breach, we will notify you via email as soon as we can.

You are responsible for maintaining the confidentiality of your password. Please notify us immediately if you discover any unauthorized use of your password or account or any other breach of security.

6. Third Party Sites and Services. Pollen utilizes third party vendors Stripe, MailChimp and EventBrite for ecommerce, newsletters and ticketing, respectively. These sites are not under the control of Pollen and have their own terms of service and privacy policies. We encourage you to review them.

7.  Communications Preferences. You may choose not to receive promotional emails, newsletters, or communications from us. You may opt out of receiving emails from us by clicking on the “update subscription preferences” or “unsubscribe from this list” links included in the e-mails you receive.  Please note that opt-out requests may take up to 14 business days to be effective.